And the winner is...Hollywood! Follow up to my Frolyc lesson

Today the student I tutor tried the Summer Vacation Frolyc activity I wrote about yesterday.  It was fun watching him light up and exclaim, "I've been there!" or "That's fun!" while viewing the intro video. Ultimately he chose to visit a place he had never been when designing his own trip.  Before thinking about which destination he would select he watched a video and read an excerpt focusing on three different California locations.  He decided on Hollywood because even though he had never been to Alcatraz, he had been to San Francisco several times.  He enjoyed going to Santa Cruz and liked that option because it was fairly close.  His final decision was Hollywood even thought it was a longer, and he would potentially be stuck in traffic, because he really wanted to see the Hollywood sign and the Walk of Fame.  While composing his answer and working with the map he navigated back to the video and text to verify information.  The common core standard I focused on and samples of the his work are below.

CCSS.ELA-LITERACY.RI.5.7
Draw on information from multiple print or digital sources, demonstrating the ability to locate an answer to a question quickly or to solve a problem efficiently. 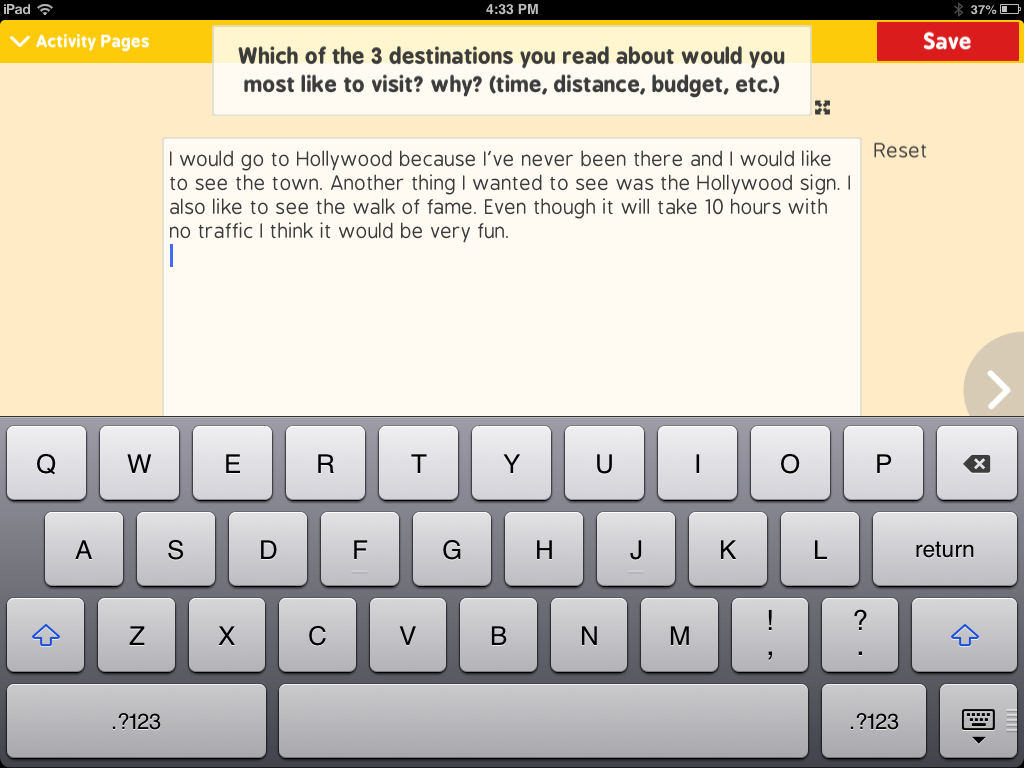 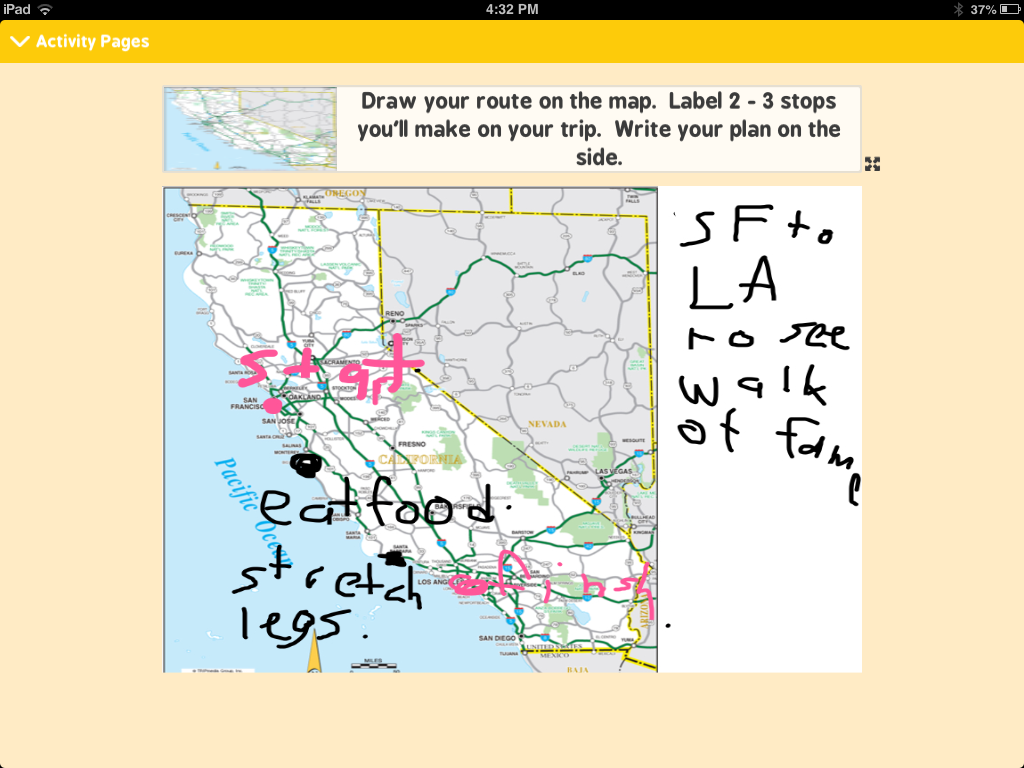