Cool When it Clicks

It's been a long time since I've written a post.  After today's tutoring session I was inspired to share my thoughts.  I had created a Frolyc activity to review Scientific Method for a quiz my student was preparing for.  The first page was a quick overview of scientific method, followed  by a YouTube video and then a page for planning out a hypothetical science experiment. After the video I asked what he thought.  He said it made him think about what he wanted to explore and figure out.  I said that was perfect because that's exactly what he needed to do on the next page!  This was the perfect personalized connection, he was excited to continue the activity. He decided he wanted to find out what combination of vinegar and baking soda would create the biggest explosion for paper mache volcano.  As we continued the activity he would stop to say how he was really going to try the experiment with his friend. The authentic excitement was really awesome to see!  He was engaged while watching the next video clip about dependent and independent variables and would pause the video and try to figure out what the variables would be in his own experiment.  Now I really hope he is able to follow through and try the experiment on his own! 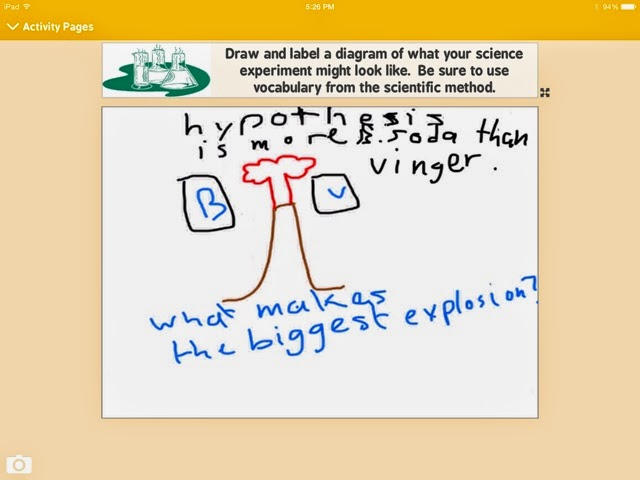 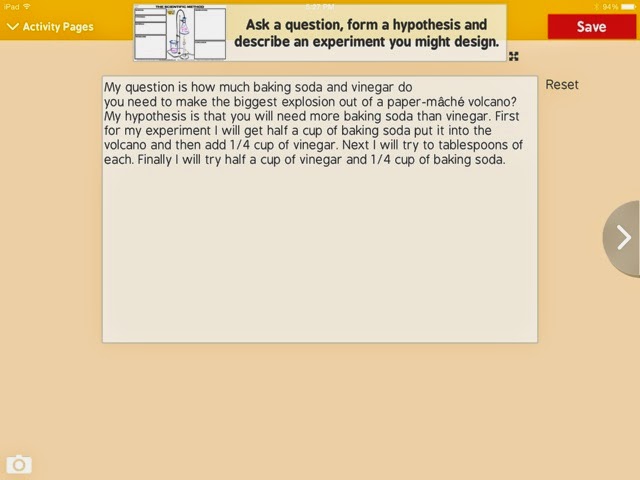